Home » Blog » What My Novels Are About

What My Novels Are About 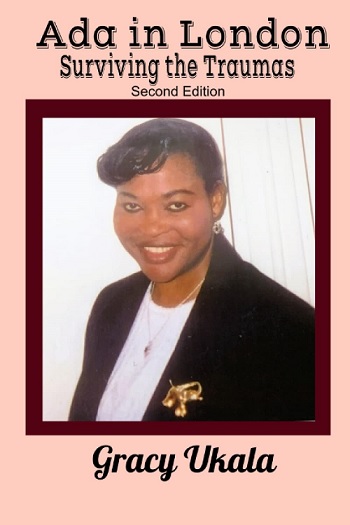 Put bluntly, my novels are about women’s survival in a harsh world ruled mainly by men.

Please don’t get me wrong. I am not implying that all men are harsh or disrespectful towards women. I know this, because my own father was the kindest husband I ever saw. He was kind, generous and very loving towards our mother and us, his children. He was a God-fearing man who lived strictly by his Christian principles.

So, I grew up expecting the same loving kindness from my husband. It didn’t always go the way I expected, so, I had to develop my own survival strategies – in order not to collapse under harsh or cruel treatments from the men I had to either live with, or work with.

I also discovered that people, not just men, were quite deceptive in their ways – they tell you one thing, when, in fact, they mean something quite different. The  world out there can be really harsh, but you can’t run and hide away somewhere, you have to learn to develop survival tactics, what I call “survival muscles” so you can fight your way through life without being “broken”.

So, what survival muscles can you develop?

One survival muscle that Ada developed is her strong belief in God – not as a far away old man who watches from afar, but God as Her Main Companion – on a daily and hourly basis. God for Ada is the only one who understood her joys and her woes completely. Not only that, God is the Inner Voice that guided her in every situation. So, she learns to listen to God’s guidance, follows that guidance to the letter and survives the traumas that follow the acute loneliness of living in a cold and harsh and extremely lonely environment.

Ada’s other survival muscle is learning to accept the situations she cannot change and making the best of the situation. One thing she learns from the Spiritual path – Eckankar – that she is on, is not to cry over “spilt milk”.

There was a saying someone gave to her while she was at University many years ago after she lost her second child – a girl – at the age of four months.

“God, give me the Serenity

To accept the things I cannot change

Courage to change the things I can

And wisdom to know the difference”

ADA IN LONDON-SURVIVING THE TRAUMAS.

My novel, Ada in London, Surviving the Traumas, is an autobiographical narrative of issue that led Ada to leave her home in Nigeria and relocate to London just to help her husband and family.

Things didn’t go as planned – more because her husband, Fred, broke all the promise he made to her while persuading her to leave her home and abandon her beloved career.

Ada in London is set mainly in London. The novel, though biographical, tackles in general, the issues of an immigrant’s acclimatization and overcoming the culture shocks that abound in London. As an immigrant black woman, who arrives in London to teach, Ada is totally unprepared for the dramas that go on in some London schools. Ada thought she had been thrown into a “Mad House” rather than a School, to teach English. For someone who had been a beloved head teacher for many years in Nigeria, having to start afresh as a probationer was a very hard knock for Ada.  Ada had to learn to adjust her teaching styles so she could regain the respect she always enjoyed as a teacher in Nigeria. That took some hard work. Ada suffers discrimination, humiliation, betrayal, acute loneliness, bereavement and much more.

The themes in Ada in London also hinge on survival – this time, on the ability of an individual to overcome all kinds of difficulties and obstacles in a strange land, without lowering one’s moral standards or one’s self-esteem.  God comes in as a firm ground upon which Ada stands and finds solace. Her faith in God pulls her through.

CHECK OUT ADA IN LONDON HERE.

No comments to show.

We use cookies on our website to give you the most relevant experience by remembering your preferences and repeat visits. By clicking “Accept All”, you consent to the use of ALL the cookies. However, you may visit "Cookie Settings" to provide a controlled consent.
Cookie SettingsAccept All
Manage consent

This website uses cookies to improve your experience while you navigate through the website. Out of these, the cookies that are categorized as necessary are stored on your browser as they are essential for the working of basic functionalities of the website. We also use third-party cookies that help us analyze and understand how you use this website. These cookies will be stored in your browser only with your consent. You also have the option to opt-out of these cookies. But opting out of some of these cookies may affect your browsing experience.
Necessary Always Enabled
Necessary cookies are absolutely essential for the website to function properly. These cookies ensure basic functionalities and security features of the website, anonymously.
Functional
Functional cookies help to perform certain functionalities like sharing the content of the website on social media platforms, collect feedbacks, and other third-party features.
Performance
Performance cookies are used to understand and analyze the key performance indexes of the website which helps in delivering a better user experience for the visitors.
Analytics
Analytical cookies are used to understand how visitors interact with the website. These cookies help provide information on metrics the number of visitors, bounce rate, traffic source, etc.
Advertisement
Advertisement cookies are used to provide visitors with relevant ads and marketing campaigns. These cookies track visitors across websites and collect information to provide customized ads.
Others
Other uncategorized cookies are those that are being analyzed and have not been classified into a category as yet.
SAVE & ACCEPT